Ways to Help Ways to Give One Hundred Strong

Founded by women for women, 100 Strong is a sisterhood of thoughtful, engaged philanthropists.

Together we dive deeper into the biggest challenges facing children, with opportunities to learn from world leaders, experts, and one another. Leveraging our voices, talents, and resources, we aim to make a transformative impact for kids around the globe.

We aim to engage with big challenges facing the world’s most vulnerable children. Together we seek to learn from world leaders, experts and one another as we develop and strengthen our philanthropic impact.

Among our strengths is the diversity of interests and perspectives we bring to the group. Whether you have a passion for education, gender equality, community health, or addressing the effects of climate change – 100 STRONG is your pathway to inspire and be inspired to change the world!

Connect with other leading women philanthropists

Interact directly with the programs you support

ONE HUNDRED STRONG:
Our Leadership

Membership
as of April 2022

March 2022 – A discussion with humanitarian experts Gabriella Waaijman and Yolande Wright about the global hunger crisis, and how conflict around the world threatens to push millions more children to the brink of starvation.

October 2021 –  A fireside chat with NYT bestselling author Kimberly Williams Paisley and Grammy  Award winning country music artist Brad Paisley about fighting hunger, and how, together, we can ensure that kids in rural America have access to nutritious food.

November 2020 – Discussion with Her Excellency Fatima Maada Bio, First Lady of Sierra Leone , about the global movement for girls’ empowerment – how, together, citizens, governments and NGOs are working to end child marriage and gender-based violence, and to keep girls safe and learning during the pandemic and beyond.

May 2020 – Discussion with Esther Duflo, Abdul Latif Jameel Professor of Poverty Alleviation and Development Economics, Massachusetts Institute of Technology; 2019 Nobel Laureate in Economics, on economic development and the alleviation of poverty. 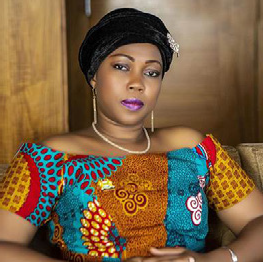 Stirred by a November 2020 conversation with the First Lady of Sierra Leone Fatima Maada Bio, 100 Strong came together to launch a critically important Save the Children initiative, “Ending Child Marriage in Sierra Leone: A Bold Approach for Change,” or ECMSL. The ECMSL project will use an integrated approach to create a shift in beliefs, behaviors, societal norms and policies to turn the tide against the harmful practice, opening the door to brighter futures for girls and women in Sierra Leone.

Members of 100 Strong, make up the vast majority of supporters of this two-year pilot, which has garnered $930,000 in funding toward the total goal of $1.5 million. A major Save the Children partner in this initiative, Her Excellency Maada Bio escaped an arranged marriage to an older man in her early teens, fleeing to the UK with the aid of her sister. As First Lady, she has inspired actions against gender-based violence and child marriage in Sierra Leone since 2018 with her Hands Off Our Girls campaign.

The ECMSL pilot kicked off officially in September 2021. Ramatu Jalloh, Advocacy & Communications Director for Save the Children in Sierra Leone, shared a brief video message thanking 100 Strong for making this exciting work possible. Says Ramatu, “We’re bringing men and boys on board. As leaders, fathers, brothers, they can help shift the belief that the only space for a girl in our world is as a wife and a mother. We will engage paramount chiefs and traditional leaders as champions. As power brokers and local lawmakers, they can facilitate change in communities by enforcing laws to end child marriage."

The First Lady offers her personal thanks to 100 Strong as well in this video tribute – a testament to our shared determination to protect the right of every girl to grow up, access education and have a say in determining her path in life.

In September 2019 we lost our dear friend, 100 Strong co-Founder Cokie Roberts. Cokie was a beloved and compassionate journalist known for her work with ABC News and NPR, and celebrated as a mentor for women in the news industry. A longtime Save the Children Trustee, she was also passionate about bringing women philanthropists together through 100 Strong to amplify our impact. Cokie would be so proud to see how our network has taken off, now with more than 40 members from coast to coast, each dedicating considerable time, talent, and treasure to making the world a better place for children. And we are going global, with a UK chapter up and running and lots of interest in the Middle East, Italy, Australia and elsewhere. Thank you Cokie! We are indeed going “Strong”! (The photo here was taken in Vietnam, on one of Cokie’s many trips with Save the Children.)

To become a member or to learn more about 100 STRONG, please contact:

We’ll be in touch! By signing up to receive emails from Save the Children you will receive a subscription to our monthly eNews, access to breaking emergency alerts and opportunities to get involved. To ensure delivery of Save the Children emails to your inbox, add support@savechildren.org to your contact list.

By providing my mobile phone number, I agree to receive recurring text messages from Save the Children (48188) and phone calls with opportunities to donate and ways to engage in our mission to support children around the world. Text STOP to opt-out, HELP for info. Message & data rates may apply. View our Privacy Policy at savethechildren.org/privacy.